I am a founding member of the New York faction of the Endangered Bodies International Campaign. Endangered Bodies is a groundswell movement dedicated to supporting all kinds of women to challenge the negative impact of our visual culture. We are a group which fights the media’s propagation of a narrow, exclusionary view of attractiveness around the globe. We are a group that is fed up with the onslaught of visual images that objectify women, create body insecurity, and do not reflect and represent the diversity of our bodies, and who we are as people. Our mission is to take a stand against the toxic culture that teaches women and girls, and increasingly men and boys, to hate their bodies.

Through activism, we aim to expose the industries that profit from body insecurity, to challenge sexual objectification, to call out size discrimination, and to create social conditions which will enable girls to grow up loving — not hating or rejecting – themselves and their bodies.

Love the Way You Look article by Sabrina Scarpino – The Weal 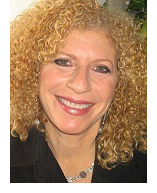